Palm Springs Friends of Philharmonic (PSFP), a nonprofit organization serving the Coachella Valley for more than 45 years, has postponed its 2020-21 season due to COVID-19.

One local student, Courtney Bellow, became interested in music around the time she entered fourth grade. She began playing the violin but then changed to wind instruments. She enjoyed playing the clarinet for six years, and in high school she accepted the challenge of learning to play the bassoon, which has become her passion. While she was in middle school, Friends of the Philharmonic provided her with a scholarship to attend the Wildwood Music Camp in Angelus Oaks, California, and then the opportunity to attend the Idyllwild Arts Academy summer program for four years.

“The Palm Springs Friends of the Philharmonic actually helped solidify my love and dedication for music,” said Bellow. “Now, PSFP provides a scholarship every year to help me pay for and pursue my college degree in music.” Dean Kauffman, PSFP scholarship chair, donated his prize bassoon to the PSFP through its instrument donation program, which was, in turn, gifted to Bellow to use for college. “That bassoon was one of the most generous gifts I have ever received,” she said.

Recently, because of COVID-19 shutdowns, the PSFP board of directors decided that in lieu of their typical season of world-class concerts, they would instead create a one-time emergency music grant program to help alleviate some of the financial burden that music-oriented nonprofits and local school music curriculums are facing during the pandemic.

More than 18 applications were received from eligible schools and nonprofits in the Coachella Valley, and a list of the winning grant applicants will be announced by early December.

“We would like to thank our many donors and subscribers who have made this special onetime grant program possible,” said Executive Director Marnie Duke Mitze. “Since we have postponed our 2020-21 season, some of the resources typically used to sponsor symphony orchestra concerts will be redirected to young musicians throughout the Coachella Valley as they pursue their musical studies. Long-term, we believe this program, as well as our other arts education programs, will help ensure the next generation of classical music lovers.”

DeAnn Lubell, writer, novelist and publicist, has represented nonprofits and businesses in the areas of marketing, event planning and fundraising productions in the Coachella Valley since 1991. She has been the publicist for the McCallum Theatre since August 2016. 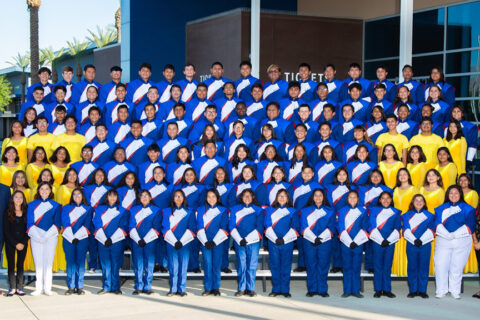 Give Yourself the Gift of Music Year-Round
Sign Up for a Subscription Today!